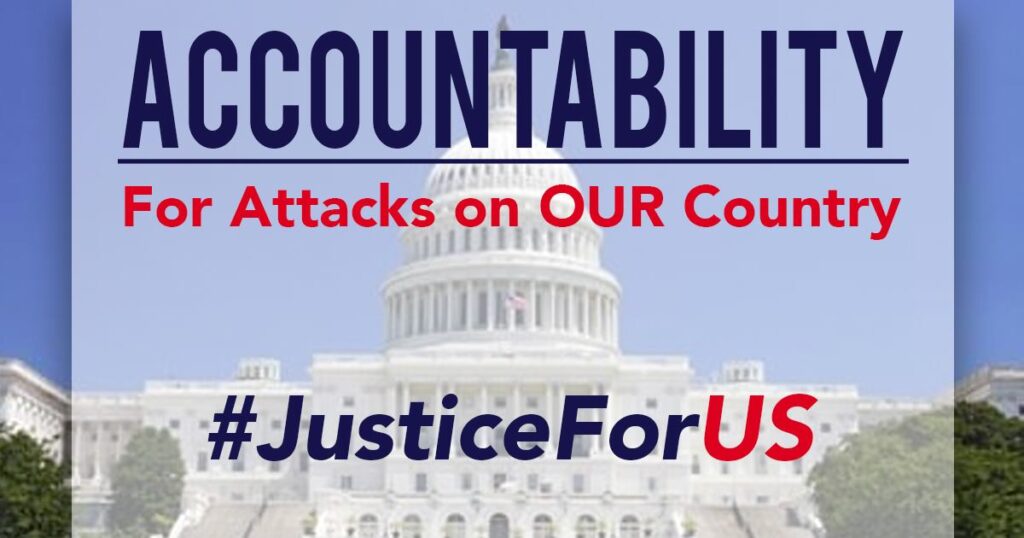 1.6.21 was an attack on our country by right-wing militants, directed by a president and complicit elected officials who violated their oaths in refusing to honor the will of the people.

This is what treason looks like: Confederate flags in our Congress, while some who swore to serve and protect us and others who pledged to govern in our name enable armed insurrectionists.

Every elected official who incited these attacks and whose lies fueled these flames, must be held accountable.

Never again can we allow any elected leader to marshal forces to attack our democracy.

With the courage of our convictions, we can hold these traitors to account to truly make this a country where our leaders reflect the very best of every kind of American and where liberty and justice is for all, no exceptions.