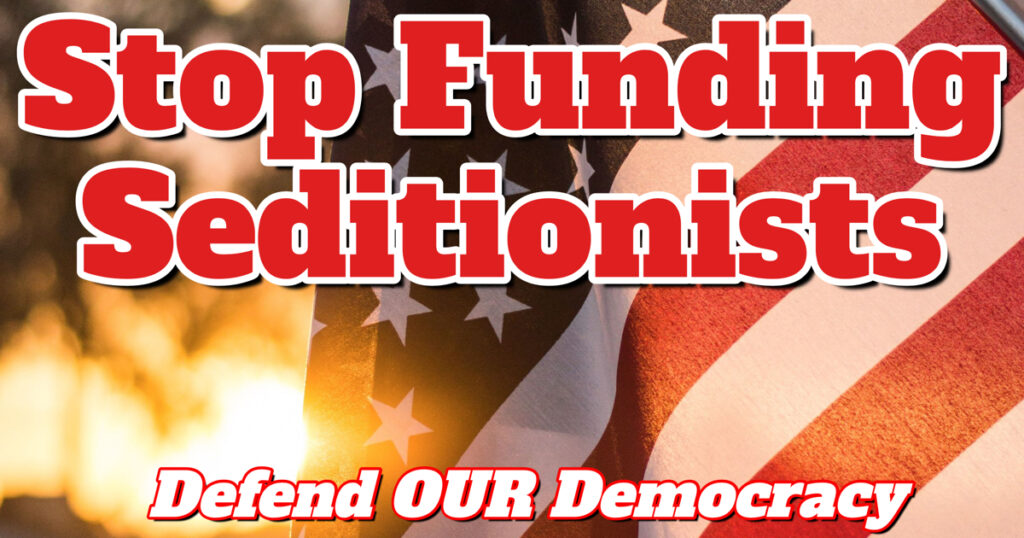 On January 6, 2021, extreme right-wing militants waged an attack on our country. This insurrection was incited by a president and aided by elected officials who violated their oath of office when they refused to honor the will of the people.

This is what treason looks like: Confederate flags in the halls of the United States Capitol.

While some who swore to serve and protect us stood up for our country, others enabled armed and dangerous insurrectionists.

The elected officials who incited these attacks and whose lies fueled these flames should be held accountable and lose the support of their corporate donors.

A broad coalition of Americans are committing to rebuild the shared democratic values that have been damaged over the past four years, including some of the big corporate donors who enabled these extreme politicians in the past.

Use this form below to contact corporate donors and request that they join companies like Blue Cross Blue Shield in ending their financial support of these extremist elected officials who gambled the future of our democracy.

Accountability is the first step toward restoring the soul of our country.

It's time to fight for a future that holds seditious lawmakers accountable, undoes the damage that they have done and invests in our country's future.

Never again can we allow any elected leader to marshal forces to attack our democracy.

With the courage of our convictions, we can hold these traitors to account to truly make this a country where our leaders reflect the very best of every kind of American and where liberty and justice is for all, no exceptions.

That begins by asking these companies and their leaders to publicly renounce their support of seditionist elected officials.

(click NEXT to view a list of corporate contacts and customize the messages to make it even stronger!)