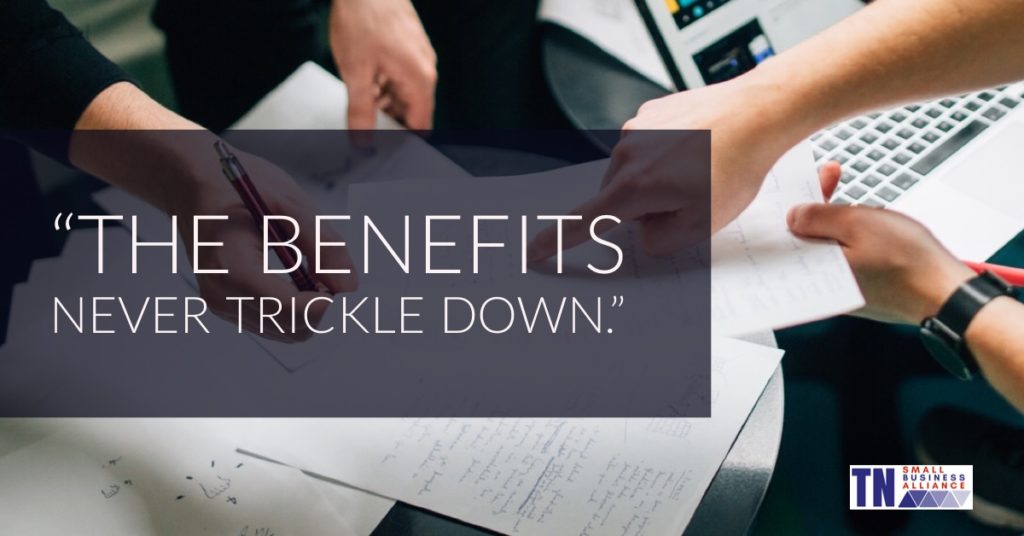 “The tax law passed by Representative Marsha Blackburn is a giveaway for the rich, not small businesses. Rep. Blackburn’s vote for the law will cost our country more than $1.5 trillion over the next decade which means even less funding for investments the middle-class needs for a better future. This expensive tax scam is rigged to favor the rich and big corporations while posing significant threats to Social Security, Medicare, TennCare and education.

“The benefits never trickle down. Rep. Blackburn has added trillions to the deficit by giving big corporations a huge 40 percent tax cut and has done little to nothing for working people and small business owners who face real rising costs. Instead of a making permanent a law that gives 83 percent of the cuts to the top 1 percent, that money should be used to invest in our public schools and infrastructure and bring down health-care costs. Tennessee’s nearly 600,000 small business owners would be better served had Rep. Blackburn supported legislation that strengthened the economic power of Tennessee’s real job creators.”

In its revised deficit estimates, the Trump administration projects annual deficits will top $1 trillion in the 2019 budget year, climbing to $1.1 trillion, and remaining above $1 trillion for three years. [CBS News/AP, 8/10/18]

PayChex sees wage and job growth slowdown at small businesses in June despite tax reform. Survey finds that 65% of small business owners do not expect to have the resources to give their workers a wage increase.  [Accounting Today. 7/3/18]