The Tennessee Small Business Alliance is pushing for tax reform that helps small businesses strengthen our economy and create jobs.

You have previously talked about how you would oppose any tax plan that raises the deficit or is bad for Tennesseans. Yet, you voted for just that.

Small businesses are our nation’s job creators. Since the Great Recession, small businesses have created nearly two-thirds of private-sector jobs. Common sense reforms to the outdated tax code would be a step in the right direction. Unfortunately, the tax bill passed by Congress largely benefits big corporations and does little to level the playing field for small businesses -- and on top of that, it raises the deficit, something you once opposed.

In the tax bill, corporations get a tax break from 35 to 20 perfect at the expense of small businesses and a growing debt dumped on the backs of future generations. A huge corporate tax cut is at the heart of the GOP’s tax bill, and it’s being paid for by small entrepreneurs.

For instance, corporations will still be able to deduct state and local taxes on their profits but the owners of small pass-through businesses will not. To pay for these massive cuts, the tax bill will eliminate or cap deductions that middle-class small business owners rely on, including for home office expenses, tax preparation, state and local taxes and mortgage interest.

The tax bill does nothing to level the playing field for small businesses. It significantly lowers the corporate tax rate but fails to close many loopholes big businesses use to avoid paying taxes, such as their ability to shift profits overseas in search of lower tax rates.

The tax bill also does little to simplify the code, and actually, makes it more complex for the more than 90 percent of small businesses that organize their firms as pass-through entities. This means owners will continue to sink time and money into complying with a byzantine and bewildering tax code, further tilting the playing field in favor of large corporations that can afford armies of accountants to search out every loophole and advantage.

The tax bill needlessly balloons the deficit. It will increase the deficit by more than $1.5 trillion. A ballooning deficit is bad for business because it drives interest rates higher, discouraging investment and becoming a drag on economic growth. During a time of relative economic strength, unbridled deficit spending—and the risks it poses to the economy—is unneeded and irresponsible.

Senator Alexander, Corker I urge you to lead your colleagues back to the drawing board to create a plan that helps small businesses unleash their economic potential and allows them to compete with their big business counterparts.

Congress should develop a plan thoughtfully and deliberately, based on sound economic policies, rather than quickly pushing something through to win political points. Small businesses need tax reform that works for all of us. 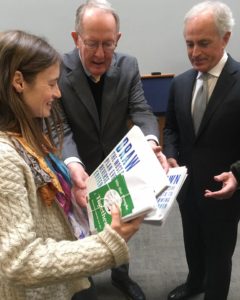 “Having clean air and water is a crucial part of creating an environment where people want to live and raise their families.” I am a farmer, a rural resident, and a mother of three. I founded In Town Organics and Summer Fields Farm, on which my family raises grass fed lamb and goats, pastured poultry,… 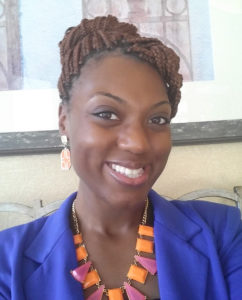 Revelations of Statewide Water Contamination Prove Necessity for Clean Water and Air Protections NASHVILLE, Tenn. – On a statewide press call, small business owners in Nashville, Monteagle, and Memphis called on Senators Lamar Alexander and Bob Corker to prioritize the health of Tennessee communities so their business can continue to thrive. Speakers addressed the dangers…

[Nashville, TN] – The Tennessee Small Business Alliance (TNSBA) issued the following statement in response to President Trump’s State of the Union address: “Thanks to the President, the state of our union is ‘dirty.’ His alarming and dangerous agenda to weaken environmental and public health protection standards threatens the wellbeing of Tennessee, our economic growth…

The fuel efficiency standards supported by Senators Alexander and Corker are working, spurring innovation, investment in the auto industry, reducing our dependence on foreign oil and cutting dangerous carbon pollution in the air that harms health. Here are more ways Tennessee benefits from these fuel standards: View the Fact Sheet

TN Small Business to Congress: Operating Shutdown by Shutdown is No Way to Run a Country 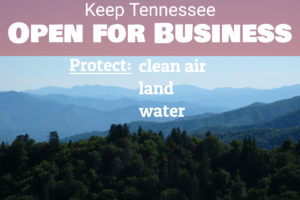 Washington still needs to pass budget that doesn’t put our state’s public health or economic growth at risk. [Nashville, TN] – The Tennessee Small Business Alliance (TNSBA) issued the following statement in response to Congress and the President coming to a temporary agreement to end the current federal government shutdown, and kick the funding deadline…

January 17th, 2018by Mark Pacein Local Regional NewsRead Time: 2 mins. Buildings are seen in the Jefferson Heights neighborhood on Friday, Jan. 12, 2018, in Chattanooga, Tenn. Parts of Jefferson Heights, along with locations in Alton Park, Cowart Place, Richmond and the Southside Gardens neighborhoods, have been proposed as EPA Superfund sites after lead… 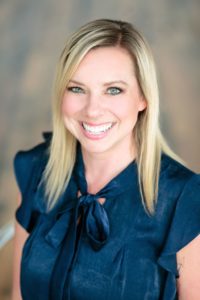 As a small business owner in Nashville, I know how essential a clean environment is to running a successful business. I am one of the owners 312 Pizza Company and Tempered Cafe and Chocolate, a family-owned business in the Germantown neighborhood. Our business depends on Nashville’s vibrant tourist industry to keep our doors open.…

[Chattanooga, Tenn] — Ahead of tomorrow’s Jan. 19th deadline for Congress to pass a budget and keep the federal government, the Tennessee Small Business Alliance (TNSBA) and a group of small business owners called on U.S. Senators Lamar Alexander and Bob Corker to support a budget that puts the health and safety of Tennesseans first…