The Tennessee Small Business Alliance is pushing for tax reform that helps small businesses strengthen our economy and create jobs.

You have previously talked about how you would oppose any tax plan that raises the deficit or is bad for Tennesseans. Yet, you voted for just that.

Small businesses are our nation’s job creators. Since the Great Recession, small businesses have created nearly two-thirds of private-sector jobs. Common sense reforms to the outdated tax code would be a step in the right direction. Unfortunately, the tax bill passed by Congress largely benefits big corporations and does little to level the playing field for small businesses -- and on top of that, it raises the deficit, something you once opposed.

In the tax bill, corporations get a tax break from 35 to 20 perfect at the expense of small businesses and a growing debt dumped on the backs of future generations. A huge corporate tax cut is at the heart of the GOP’s tax bill, and it’s being paid for by small entrepreneurs.

For instance, corporations will still be able to deduct state and local taxes on their profits but the owners of small pass-through businesses will not. To pay for these massive cuts, the tax bill will eliminate or cap deductions that middle-class small business owners rely on, including for home office expenses, tax preparation, state and local taxes and mortgage interest.

The tax bill does nothing to level the playing field for small businesses. It significantly lowers the corporate tax rate but fails to close many loopholes big businesses use to avoid paying taxes, such as their ability to shift profits overseas in search of lower tax rates.

The tax bill also does little to simplify the code, and actually, makes it more complex for the more than 90 percent of small businesses that organize their firms as pass-through entities. This means owners will continue to sink time and money into complying with a byzantine and bewildering tax code, further tilting the playing field in favor of large corporations that can afford armies of accountants to search out every loophole and advantage.

The tax bill needlessly balloons the deficit. It will increase the deficit by more than $1.5 trillion. A ballooning deficit is bad for business because it drives interest rates higher, discouraging investment and becoming a drag on economic growth. During a time of relative economic strength, unbridled deficit spending—and the risks it poses to the economy—is unneeded and irresponsible.

Senator Alexander, Corker I urge you to lead your colleagues back to the drawing board to create a plan that helps small businesses unleash their economic potential and allows them to compete with their big business counterparts.

Congress should develop a plan thoughtfully and deliberately, based on sound economic policies, rather than quickly pushing something through to win political points. Small businesses need tax reform that works for all of us.

Nashville,TN — Ahead of President Biden’s announcement today of the American Jobs Plan, Tennessee Small Business Alliance Director, Lenda Sherrell, had this to say: “While small businesses are still bearing the brunt of the pandemic the Tennessee Small Business Alliance praises the proposed solutions outlined in President Biden’s American Jobs Plan. The pandemic has shown that working families, supported public schools and… 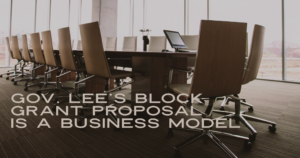 Mueller Confirms The Threats To Our Democracy 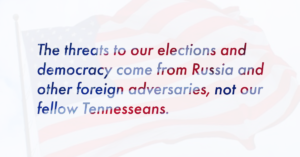 Our Elected Officials Must Listen And Act Accordingly     Phil Cobucci, Founder and Chief Strategist at BAM! Social Business and TNSBA Board Member, released the following statement in response to former Special Counsel Robert Mueller’s Congressional testimony: “Special Counsel Robert Mueller‘s testimony should remind us, and especially our elected officials, that the threats to…

Gov. Lee, From One Business Owner To Another: “Veto The Voter Registration Bill”

The Tennessee Small Business Alliance (TNSBA) stands by organizations such as the Tennessee Equality Project, Human Rights Campaign, Tennessee Thrives, Nashville LGBT Chamber of Commerce, that are working tirelessly at the Capitol to protect the rights of the LGBTQ community. Phil Cobucci, Founder and Chief Strategist at BAM! Social Business and TNSBA Board Member, released…

NASHVILLE, Tenn. – In response to House Speaker Glen Casada’s advice that survivors of sexual assault should “move” out of town, Nettie Kraft, co-owner of The Barbershop Theater in Nashville, issued the following statement through the Tennessee Small Business Alliance: “As a small business owner, I don’t have the luxury to pick up and move;…

Rep. Blackburn Is Wrong on What Benefits Our Small Businesses

Celebrate, save our nonpartisan planet These fuel efficiency standards have been working, saving us money, reducing our dependence on foreign oil, and cutting pollution that harms the health of our communities.   –Peter Calvet

I lead a support organization for artists who either live in or are moving to Nashville called Creatives’ Day. We connect artists–musicians, writers, visual artists and even chefs–with the things they need to prosper like affordable housing, financial and entrepreneurial tools. In a city like Nashville where 100 people are moving to town each day,…